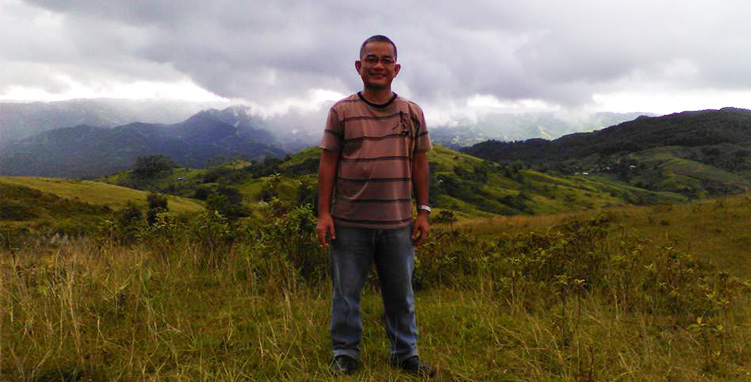 In November 2018, we learned of the murder of our partner and friend, the lawyer Ben Ramos. He will have paid with his life for his struggle for the rights of landless peasants in the Philippines, as have 60 other lawyers and 145 human rights defenders since President Duterte came to power in 2016.

Over the past three years, obvious human rights violations – extrajudicial, summary or arbitrary executions of civilians – have been noticed. In many cases, the alleged perpetrators of the killings are members of the armed forces, paramilitary groups or persons related to them. Acts of intimidation and attacks against voices that criticize the government – independent media, human rights defenders, NGOs, lawyers and journalists – are increasing.

APPEAL TO THE UN HUMAN RIGHTS COUNCIL
On June 7, 2019, human rights experts alerted the United Nations and called for an independent investigation into human rights violations perpetrated in the Philippines. They said they were “extremely concerned about the staggering number of murders perpetrated throughout the country in an apparent climate of official and institutional impunity”.
>> Full article on UN News

PHILIPPINES, “DEADLIEST” COUNTRY FOR ENVIRONMENTAL ACTIVISTS
In 2019, despite the hard-won victories of some social movements, the situation worsened under the presidency of Rodrigo Duterte, who openly declared a war on any progressive movement in the country. Social leaders are the targets of repeated attacks: slanders, criminalization, threats, arrests, extrajudicial killings.
While Mindanao, the southernmost island of the archipelago is already under martial law, Negros, as well as the islands of Samar and Bicol are in a state of emergency, as part of the fight against rebel groups. Social movements are accused of being related to them and endure with full force of these repeated violence, seeing their pleas and community support activities – as well as the lives of their workers – under serious threat.
>> Full article on AlJazeera ‘Philippines ‘deadliest’ country for environmental, land activists’

SITUATION PARTICULARLY CRITICAL ON THE ISLAND OF NEGROS (SUMMER 2019)
On the Island of Negros, where our Filipino CEO partner is located, the situation is extremely critical: many of the farmers’ organizations with which our CEO work are under surveillance and threatened by police and army forces. The significant presence of the military in the communities sometimes makes it impossible to travel. In June 2019, 25 members and leaders of farmers’ organizations were unfairly accused of murdering a police officer, 7 of them were arrested.
New threats directly targeted our CEO, accused of being a “communist armed group” – on the airwaves of the army-managed radio station – or of being an organization “recruiting terrorists”: the executive director was monitored and followed further to an interview for Al-Jazeera; another member of the organization’s staff was reported for theft, illegally arrested by a member of the armed forces and received a summons to appear before the court.

These events follow closely the numerous acts of violence realized by both the army and the police on the island: from October 2018 to June 2019, there were already 9 peasants killed during the massacre in Sagay. In the same context, 2 human rights activists were murdered, including Ben Ramos, who were defending the families of the victims of the Sagay massacre. An independent international mission gathered evidence against two members of the army in connection with this latest murder.

The situation is critical and Negros activists need support, visibility and protection from public opinion and international authorities, while Duterte is gradually moving away from international human rights legal frameworks – He unilaterally affirmed his choice to officially remove the Philippines from the jurisdiction of the International Criminal Court, as announced by the Washington Post.
In the Philippines and Negros, it is time for these attacks to stop, as well as for arbitrary detentions, tortures, gender-based violence against women, attacks on the independence of judges and lawyers, restrictions on freedom of expression and assembly.

Gathering in front of the Philippine Embassy

your donations – tax deductible from 40 euros will allow PDG to continue its activities.